Angel’s Cup delivered a new bag about two weeks ago.  This one is from Familia Peixoto.  From the website, they’re a multi-generational family owned coffee farmer in Brazil.

The first thing that I smelled a strong nutty aroma followed by dark chocolate and then an earthy aroma.  The bag says it tastes like berries and at times I get this wisp of blueberries/cherries as well.

Making my morning latte this morning, the aroma of nuts in the ground coffee is overpowering.  It hits me first followed by the subtle coffee aroma then the cherries.  After adding milk and taking a sip,  the nutty flavor is still there but the cherry undertones has melded with the creaminess of the milk.  The chocolate flavor lingers in the aftertaste.

Chef’s Table on Netflix is very much like those in depth shows that’d you’d see on History Channel or National Geographic where they do a deep dive into a particular subject.  In this case, the focus of the show is the chef behind the restaurants and what drives them.  I’m on episode four which is about the LA chef Niki Nakayama of N/Naka.  This behind the scenes look makes me want to try  her restaurant now.  I’ve always known about it but rarely had the motivation to try.

I never grew up watching Bill Nye.  But I have heard of him and his “Bill Nye the Science Guy” show.  He has a new show on Netflix called “Bill Nye Saves the World.”  The purpose of the show is very well intentioned.

I just finished the first episode about climate change.   His beginning explanation of climate change and water level rising is very simple to understand.  But it leaves out another factor of the water level rising (melting ice from warmer temperatures).  He’s purposely not mentioning anything controversial but showing a simple scientific experiment that demonstrates a particular scientific principles that drives his message across as simple as possible.  This sounds like an interesting approach to simplify the message he wants to convey.

There were two notable moments from the show that occurred during the panel discussion to a simple yet engaging question of “What can we as non-scientist do?”  The first answer was to VOTE.  The second was to “become aware” of their surroundings.  Such positive messages are very important to understanding and changing the future.

I look forward to seeing what else Bill Nye can do with his show.

UC Berkeley students have recently involved themselves in a number of controversies that don’t quite make sense to me.  The latest incident to happen was Ann Coulter canceling a planned speaking event at Berkeley.  Previously before that was the Milo Yiannopoulos incident.

But after these two incidents, two thought immediately came to mind.

Now what would Bernie say?

Ya I thought so.

With the 2016 tax season behind us and listening to the NPR Politics Podcast that I listen to, did you know apparently 45% of the US population did not pay federal income tax for the 2015 tax year?  According to this MarketWatch article, the bottom 40% of the income brackets actually get money back from the federal government.

Additionally, an NPR/Ipsos Poll (link 1, link 2) result shows markedly different conception about people paying taxes.  The one result that surprised me was that 70% of the people polled believed less American’s pay federal income taxes than the actual amount (45%).  How crazy is that?

This is a fascinating interview from the Make Me Smart podcast.

I was trying to get the Hamilton Touring AMEX presale via Ticketmaster today.  Their algorithm is horrible.  A customer HAS to choose a particular day first and their price point(s), why is there no option to just get best available for a price point(s) regardless of day?  I’m almost positive given the mad rush to get tickets, people would be happy enough to get tickets for ANY DAY at ANY TIME.  I swear the Ticketmaster system is a horrid piece of shit system.

In the end I couldn’t even get tickets as they kicked me off the system.  I was even just settling to purchase single seat tickets.

Have you seen this documentary “Where to Invade Next?”

So what do you think? 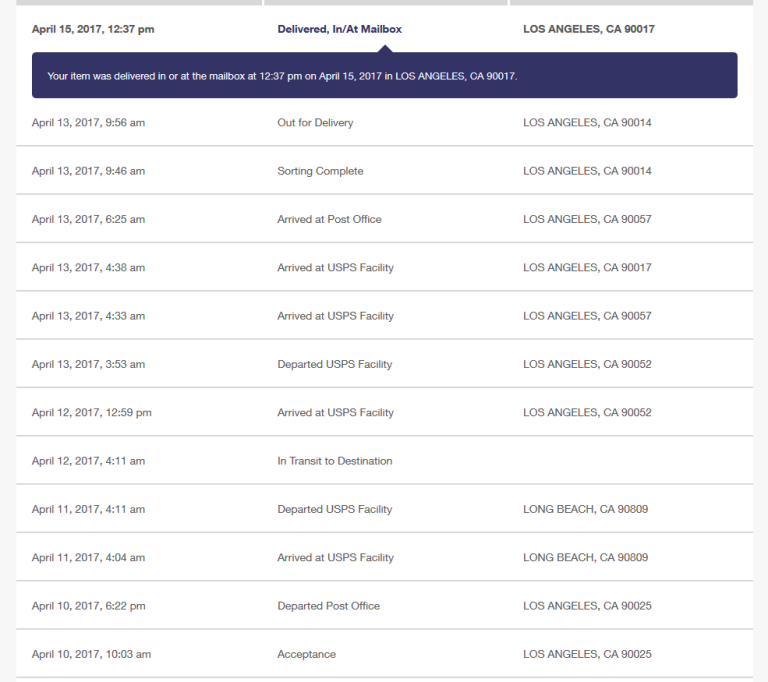 Why does it even go to Long Beach?  And why does it bounce back and forth around DTLA like that?

This Ted Talk is fascinating.

His final thoughts are definitely worth pondering.

“be a ferocious mama bear and a humble advice seeker. Have excellent evidence and strong allies. Be a passionate perspective taker. And if you use those tools — and each and every one of you can use these tools — you will expand your range of acceptable behavior, and your days will be mostly joyful.”