Some time ago, there was a Kickstarter campaign where supporting the campaign was rewarded with a bag of roasted coffee.  Julian Coffee, the creator’s of the campaign, is trying to “Make Puerto Rican Coffee Great Again” to use a bad moniker.  From the story, they already had production and operations in Puerto Rico and wanted to provide a living wage to the workers as well as to enter the US market through the campaign.  So why not? 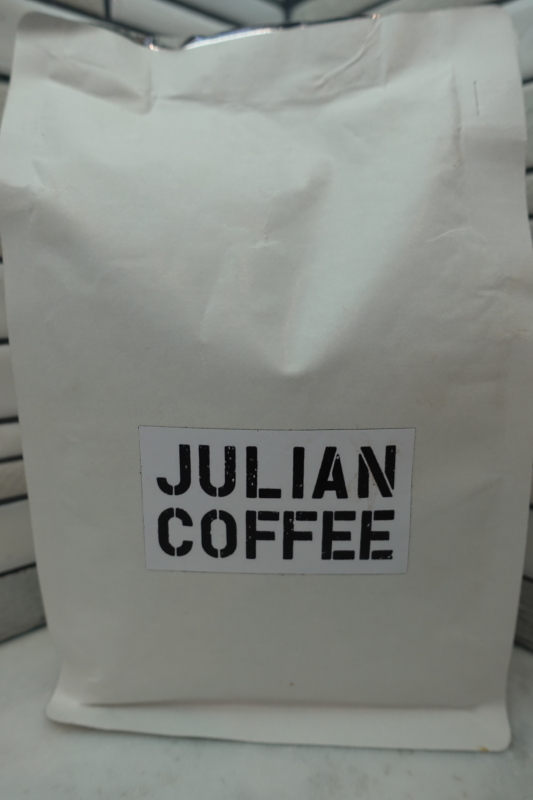 I don’t think I’ve had beans from Puerto Rico.   The aroma has an earthy, ashy, and peanut butter smell that reminds me of Kona coffee beans roasted in Hawaii.  Making my latte, the first sip had a strong ashy, roated flavor that it really did remind me of the lattes from Kona coffee beans.  After that first sip, each subsequent sip had a pleasant nutty flavor.  I think there might have been hints of chocolate too.  To be honest, I actually enjoyed this coffee as it tasted different from the last beans.  I think it’s because of the lack of berry and fruity flavors.  I’m definitely going to buy another bag when I can if anything to at least continue supporting their cause to provide a living wage to the workers.